Italian postcard. Photo by Fontana, No. 873.

Alba Savelli was born in Subbiano, Italy as Luigina Lapini. Though IMDB (and several derivate sites) claims she was already in a Pathé drama of 1911, this is a mix up with a film called La Savelli, in which Alba Savelli did not play, and dated 1910. Alba Savelli herself only acted in a handful of films between the mid-1920s and the end of the decade. In 1925 she debuted in two films starring Marcel Levesque, based on French boulevard plays: Il tacchino and Teodoro e socio. While her parts were small here, a larger part she got the same year in the comical adventure film Saetta e le sette mogli del Pascià (1925, released early 1926), directed by Lucian Doria and starring Domenico Gambino as Saetta. Together with Doly Grey, Savelli had the female lead. In Nanù, la cugina d'Albania (Amleto Palermi, 1927), Savelli played a vamp opposite Enrica Fantis as the female lead, who tries to save her spending cousin (Sandro Salvini) from the clutches of the femme fatale, and wins (the fight and the man). Also in her last silent film, La madonna dei marinari (Ubaldo Maria Del Colle, 1928), Savelli is the arrogant, spoiled rich woman Elena, who refuses to help her young lover, the fisherman Luciano (Guido Graziosi), when he is accused in court of having killed a moneylender. The humble rejected fisher girl Mariella (Leda Gys) sacrifices her honour to save him, after which she is scorned, but eventually, the truth comes out. Savelli last film was the Czech adventure film Dva pekelné dny/ Zwei höllische Tage (William Karfiol, 1928), starring the Italian forzuto Carlo Aldini, with Helga Thomas as the love interest, and with Raimondo Van Riel as the bad guy. The film is all about the breath-taking and neck-breaking stunts of Aldini as a reporter who witnesses a murder but is suspected to be the murderer himself. 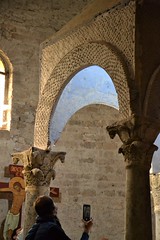 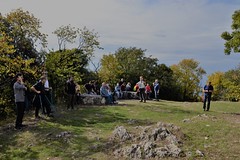